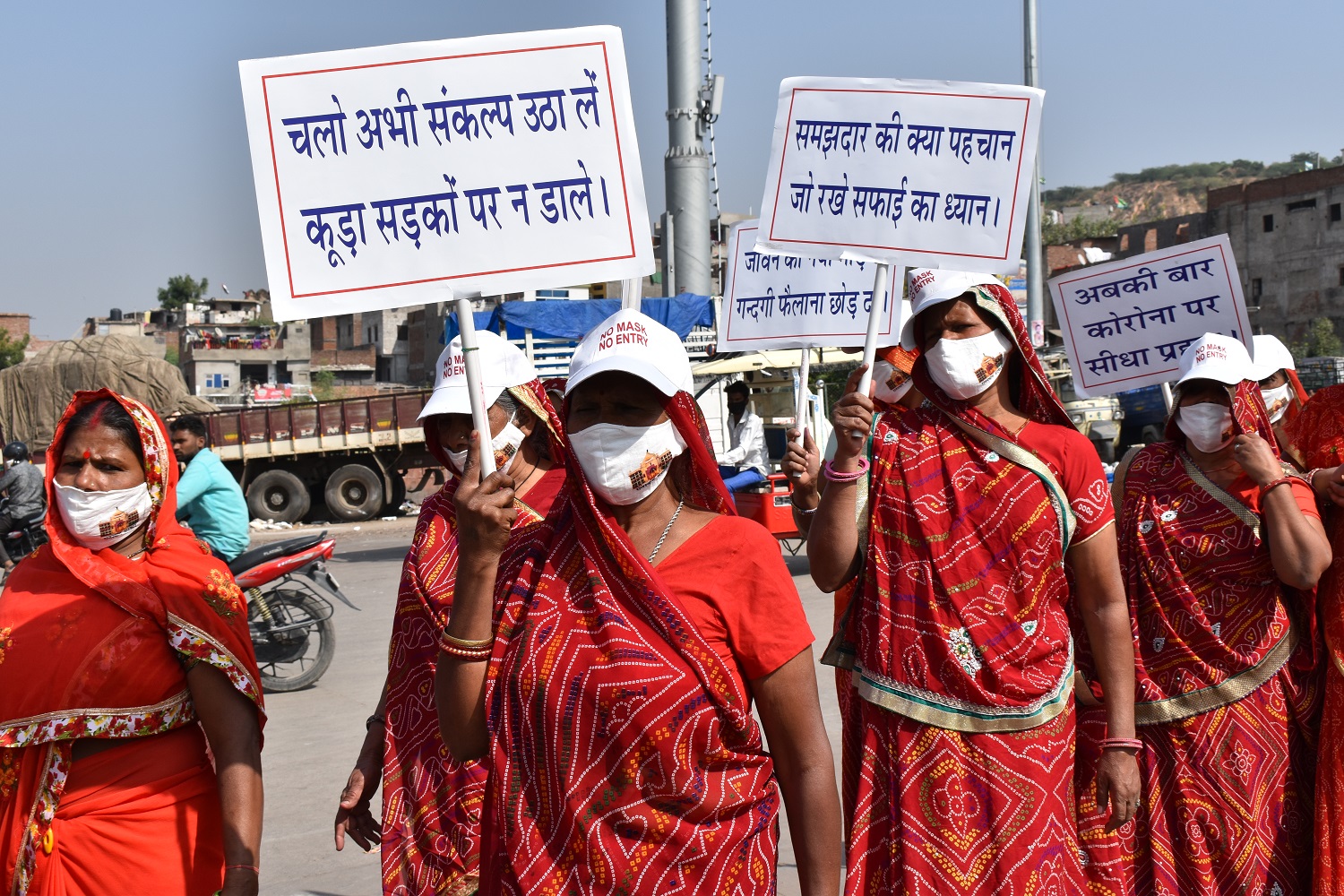 Jaipur, November 2, 2020: “No Mask No Entry” – An awareness-cum-free mask distribution Campaign has been organized by the Centre for Advocacy and Research, an NGO in partnership with Jaipur Municipal Corporation and NULM.

The objective of the campaign is to encourage citizens to adopt safe personal hygiene practices including wearing masks, washing hands using the correct technique and proper toilet usage.

This campaign began with a nukkad natak in Transport Nagar Kutchi Basti by youth forums from Sitaram Nagar and Patel Nagar kutchi basti. The young people highlighted the importance of wearing masks, and urged the audience to take care of persons with co-morbidities and come together to break the chain of the pandemic.

This was followed by a rally led by women from Manisha and Shanti Self-Help Groups which began from Transport Nagar kutchi Basti and covered the area of Parvat Colony and Nagtalai Basti, which were among the most densely populated slum clusters in the area. Other activities included distribution of free masks to sanitary workers, shopkeepers, and pedestrians, IEC on handwashing and pasting of posters in prominent locations, walls and auto-rickshaws. The group raised slogans like Mask nahi, pravesh nahi, Haathon ko dhona zaruri hai, Corona se banani jo doori hai.

Mr. R K Meena Deputy Commissioner, Adarsh Nagar Zone flagged the rally and distributed the masks among the community, and urged everyone to wear masks and encourage others to do the same. “We need the support of civil societies and reach out every lane and person in the area and encourage them to support the campaign by adopting safe practices.”
Anita Mittal, Deputy Commissioner, NULM shared “The campaign seeks to involve active participation from citizens. The government and people have to work together to make this campaign successful.”

Shanti, a community member was excited to see the awareness programme organized for the people of the basti. She said, “I am very happy that such an event is happening in our settlement, I hope this will help people to understand how important wearing a mask is during this pandemic.”

Another community member Meena Devi asserted, “I got this mask from the department, and I promise that I will use it regularly”.

Om Prakash, a small shopkeeper in the basti said, “Using these hand washing steps in the pamphlet I will teach my children all the nine steps of hand washing as children learn by seeing pictures.”

CFAR has been working in 68 urban slums of Jaipur strengthening access to water, sanitation and hygiene supported by the Water for Women Fund, Department of Foreign Affairs and Trade, Government of Australia.

Mrs. Anita Mittal, Deputy Commissioner, NULM approached CFAR, to organize the campaign and incorporate creative and innovative methods to generate awareness on COVID-19 and involve the Self-Help Group in this activity, as she also knew that the campaign is a part of CFAR’s ongoing work on strengthening access to water sanitation and hygiene in 68 urban slums of Jaipur, and CFAR has always worked closely with NULM to strengthen the self-help groups registered under NULM. 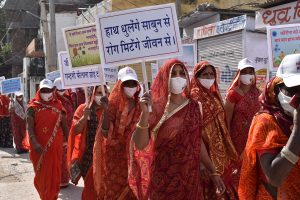 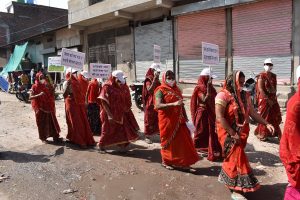 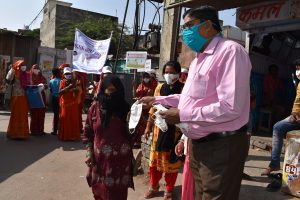 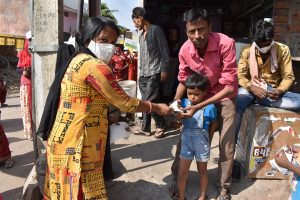 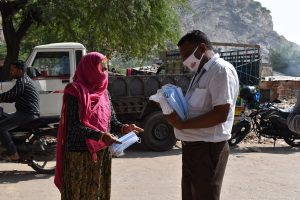 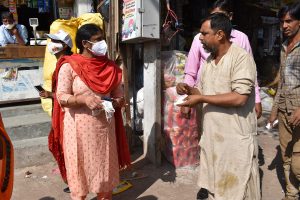