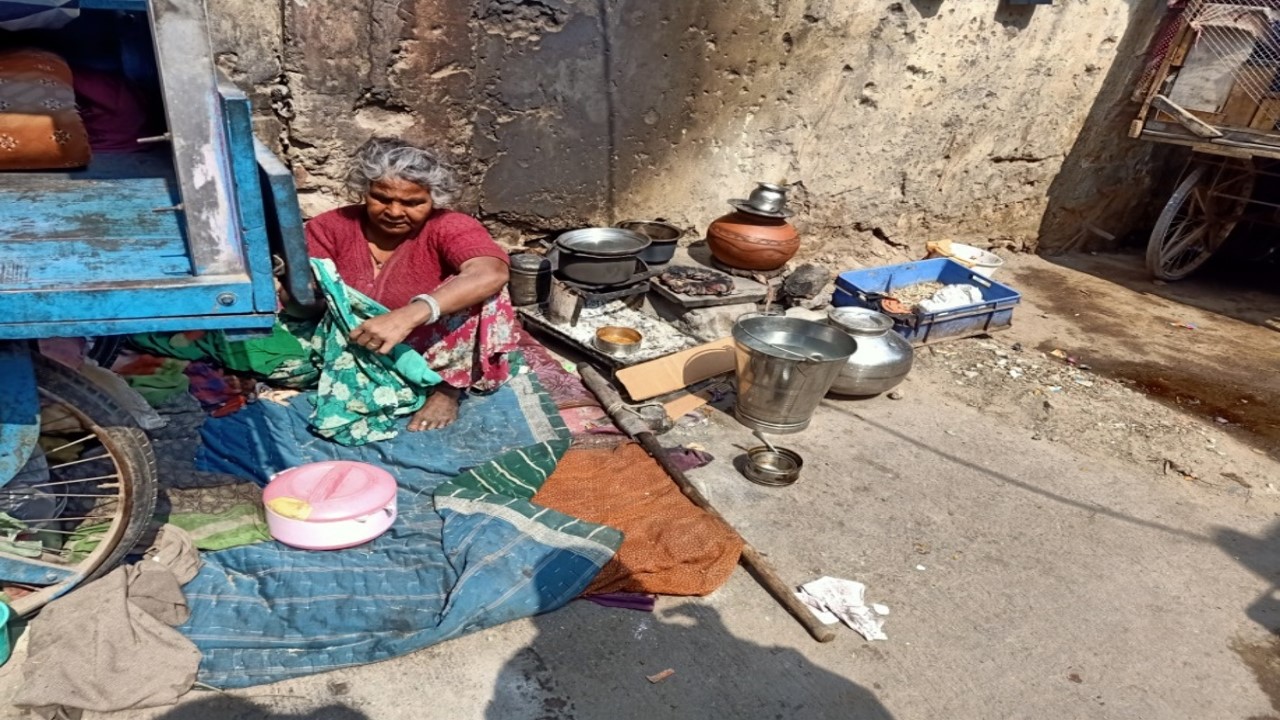 Care and Support for Elderly: Teeja Devi Gets Her Pension After 13 Months

Teeja Devi, resident of Swami Basti, Sindhi Camp, has restricted mobility. She has not got any pension for the last 13 months as she has not been unable to complete her documentation.

She has been facing lot of challenges due to the lockdown. “I am old and helpless, with my aching bones, how will I run around to collect alms? Our relatives ignore us. It is not their fault. How long can they continue to support us? The government also does not give me any pension as I do not have relevant documents. We sit here every day and some kind-hearted person helps us with food on which our survival is based.”

The CFAR team reached out to her and made sure that she gets cooked meal twice a day. She was also provided dry ration and vegetables thrice. Also, her pension has been activated, and she has started receiving money in her account.

In Jaipur, the CFAR field team has been reaching out to the settlements and providing awareness about both Government schemes as well information to stay protected from COVID-19.

More than 28,000 cooked meal packets have been provided to the most vulnerable section of the settlements on regular basis, including Transgenders and Persons with Disabilities (PWD).

Ramesh Bhaat (45) of Swami Basti and his wife are both disabled. Ramesh has been given a tricycle which he uses to commute while his wife stays at home with their two children, daughter who is eleven and son nine years.

The couple also receives Rs 1500 as PwD pension and 20 kgs wheat to support their basic needs. But since few months they were not getting their pension due to documentation issues. During lockdown they had no source of income, not even begging.

The CFAR team came to support the family and is providing them cooked mean twice daily in addition to dry ration and vegetables off and on. The team helped the family with documentation and the pension is being credited in his account.

Nafisa (37) is a single woman who lives with her daughter in Shakti Colony settlement. Member of CMC and SWFM member in CFAR, Nafisa’s husband left her for another women 10 years ago and she has been struggling to educate her daughter.

In these tough times, when one is dealing with their own problems she decided to help the most vulnerable section of her own settlement.
With the support of CFAR she is coordinating for food with BLO’s and police station and making sure that the most vulnerable 20 households in her settlement gets daily meals.

As a token of appreciation for her work, Nafisa was called in the meeting of all the BLOs and SDM, where she was assured full support by the SDM. Since then, she is being given the food packets directly for ensuring equal distribution to the most vulnerable households. Thus, she gets 20 packets of cooked meal daily at her home which she further distributes to the needy households. She also receives and distributes dry ration and milk packets.

But this appreciation has come with a cost for her. The local leaders are turning against her as they find it difficult to accept a single women deal with the departments, getting direct supply at her home, and helping people on her own.

One morning 50-60 people came at her house, and started demanding food and even accusing her of misappropriation of food packets. But, Nafisa refused to be cowed down and made it clear that she would distribute the food to needy ones before anyone else gets it.

Trained as a tailor in her younger days, Nafisa is now using her skill to stitch masks for the people in the settlement and distributing these free of cost.

“I have seen many people walking without masks, and say they don’t know where to get the mask from. Then I thought why can I not stitch masks and give it to people. I made 50 masks and distributed to needy people. Then many others came at my home to ask for more masks, I did not have enough cloth so I took some old clothes, washed them properly and made some masks, it takes 10 minutes to stitch 1 mask. I never refuse help to anyone.’’

Nikhat Bano (24) is another Corona warrior who is helping her people and community in her own way. Resident of Manoharpura Kutchi Basti, Nikhat is a divorcee.

“In our community, we usually wear burkha so our face gets covered with it. But it is not easy to cover the face with burkha every time. So I decided to make masks for me and my family members. Seeing us wear these masks, my neighbours also asked me to stitch similar masks for them. But I did not have enough suitable cloth, so people gave me their own cloth to stitch, till now I have made 150 masks and distributed in my settlement.”

Sugna Devi (46) of Jawahar Nagar Tila, was asked by her son one day to stitch a mask for him. But she could not because she did not know how to make one.

“Then my daughter showed me one video on youtube on how to make mask at home. It was easy to understand and I made one mask to begin with. It took me half an hour to do that. Then I started making more masks for my family members, two mask for each. Then my neighbours got to know that I am making masks at home, they also wanted some. I made 100 masks and distributed in my slum free of cost.”
“My daughter works as a domestic help in a nearby posh colony. When the residents there got to know of these home-made masks, they gave us an order of making 700 masks, 5 rupees per mask. In these tough times we got a source of income.” 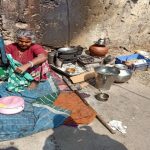 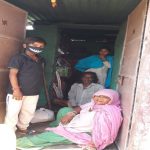 Ramesh Bhaat (45) of Swami Basti and his wife 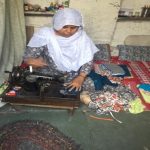 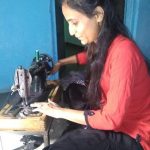 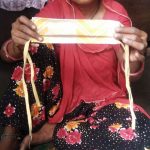 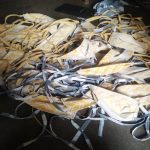