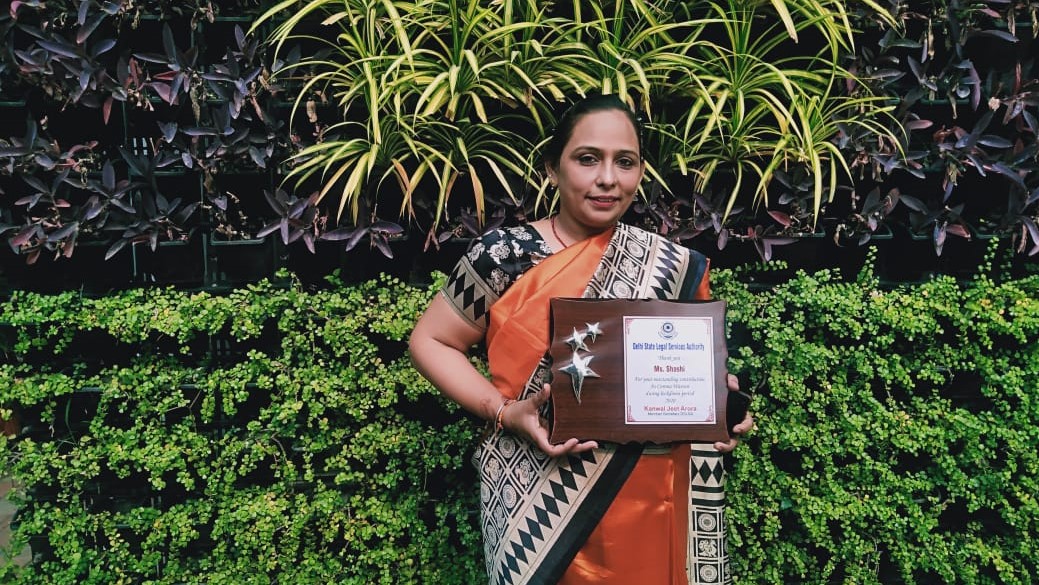 Shashi, a paralegal volunteer linked to DLSA East, a grassroot worker was recognised for her exemplary work in the JJ clusters of East District. In the course of her work, Shashi was involved in enumerating vulnerable households for dry ration, social entitlement and humanitarian relief, linking children and pregnant women to nearest hospitals, facilitating testing and quarantine services to infected persons and registering survivors of domestic violence for free legal aid services. Under the guidance of Mr Pawan Kumar, Secretary DLSA East, she was also involved in the registration of 180 construction workers for renewal of Labour Cards.

In his opening remarks at the event, Shri Kanwal Jeet Singh Arora, Member Secretary DSLSA, shared that it was not possible for a 14-member team of judicial officers to reach every individual in need of support across 11 districts of Delhi. “We were able to reach the communities during the pandemic because each one of you made the mission your own and extended unconditional support to DLSA and DSLSA,” he said.

This sentiment was echoed by Mr Gautam Manan, Special Secretary, DSLSA, who highlighted that November 9 was especially chosen by the DSLSA to thank each one of the COVID warriors as it marked the anniversary of the Legal Services Authorities Act, which was promulgated to provide free and competent legal services to citizens facing economic and other social vulnerabilities. “We thank each one of you who acted as our eyes, ears and hands to reach out to most poor communities through dry rations, medicines, counselling and legal aid services in Delhi,” he stated.

Shashi expressed her gratitude to the Legal Services Authority and said she was happy that as a CFAR staff member she got an opportunity to work for people on the margins. CFAR makes an effort to reach the most marginal and hidden key population groups who live on the margins. 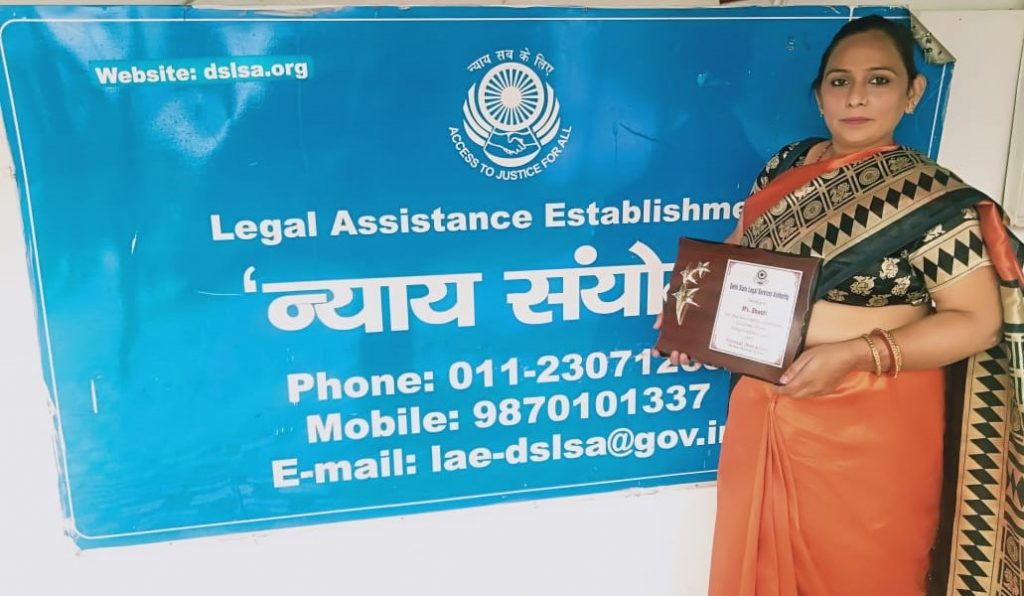 Shashi said that during the pandemic, these were the most severely affected as they lost their livelihoods and had no money to buy food or pay rent. “We sought support from relief agencies and raised funds through donations to support these communities with milk, cooked food, dry ration and sanitary pads and also linked them to ration through public distribution system (PDS) the e-coupon scheme of the Delhi government and nutrition supplements through Delhi Commission for Protection of Child Rights across 72 settlements in six districts of Delhi,” she said.

The ceremony was hosted at Patiala House Courts and attended by about 50 invitees including DLSA Secretaries, Judicial Officers, leaders from civil society organisations and other senior officials from the Legal Services Authority.