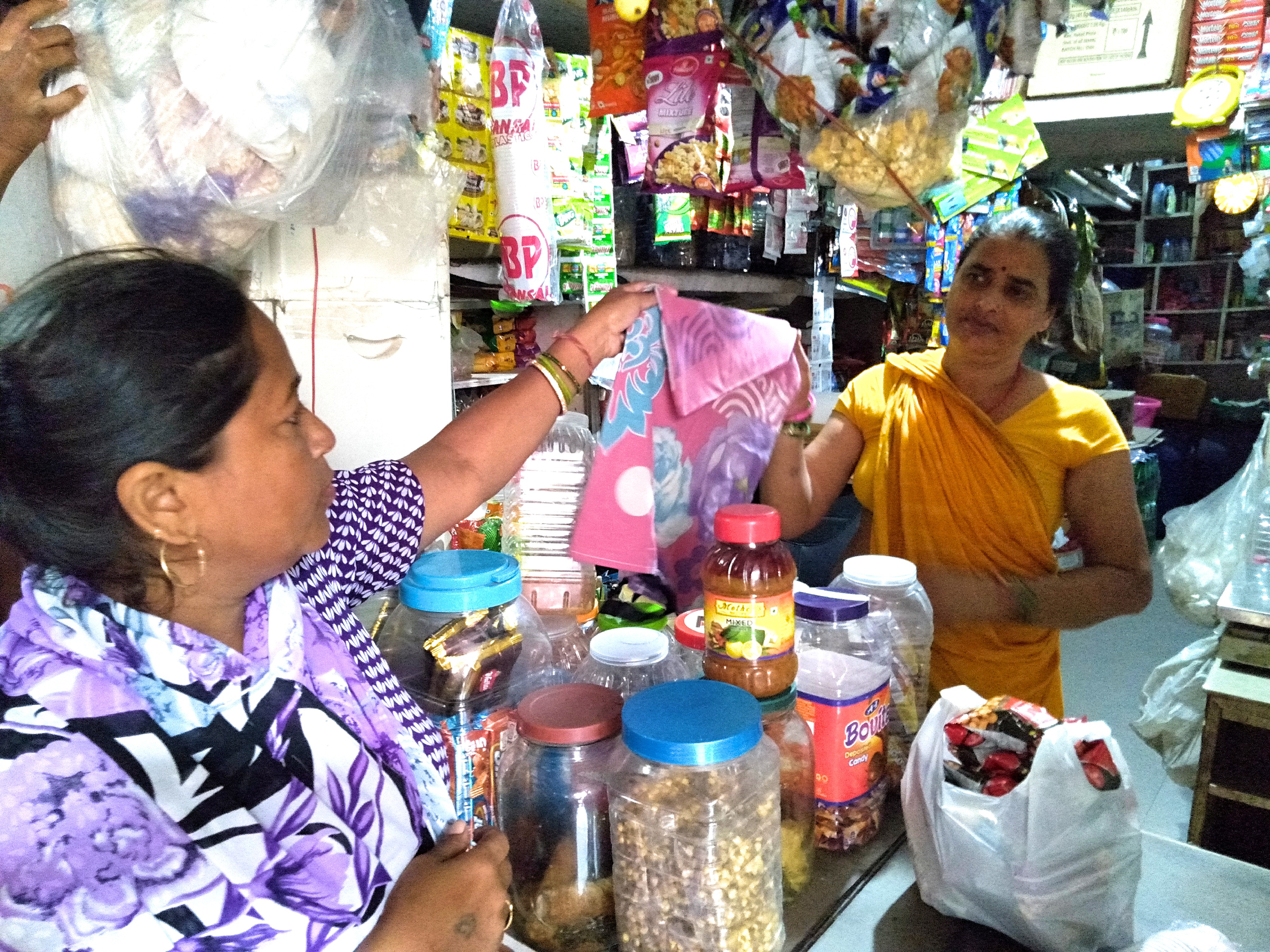 With the ban against use of plastic bags coming into effect from October 2, 2019 the need for alternate options is gaining momentum…

The bags they made were an instant hit and on the very first day the twenty (20) bags they made were sold out; adding Rs.300 to their SHG kitties!” More recently on September 21st , a group of thirteen (13) women in Khichidipur bloc 7, have also started making bags.

For some time now, shopkeepers and people in the community have been talking about the forthcoming ban on plastic bags. In fact, many shopkeepers are no longer giving purchases in plastic bags and one can’t use one’s pallu to carry back your purchases. So it has become increasingly obvious that it was necessary to have cloth bags. It was this felt need, that prompted our SHGs to decide to make cloth bags.

“There were also other reasons.” One of them, as Sunita pointed out, is “children eat chow mien which vendors sell in plastic bags and since such food items are hot they absorb some of the chemicals in the bag which is a health hazard”. So parents and children, as Vishal, a 13 year told us,  “are insisting that such foods be sold in paper plates”. 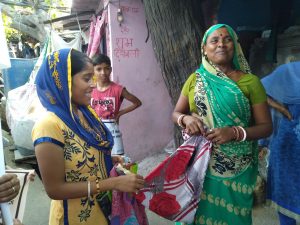 Sanjay, a community member meanwhile pointed out that “cloth bags would go a long way in doing away with plastic bags, which take a long time to degenerate especially when they get buried under garbage heaps.”

Shal Devi added that, “pollution will also reduce because people will stop burning bags and wastes as they have been doing. Moreover, cloth bags will help in protecting cows and other animals that eat the bags along with the food that people throw away in them.”

At the same time as Chanda pointed out, “ it is giving the women and girls an opportunity to develop their skills in cutting and sewing and in motivating SHG groups in other communities to take up similar initiatives in their bastis.”