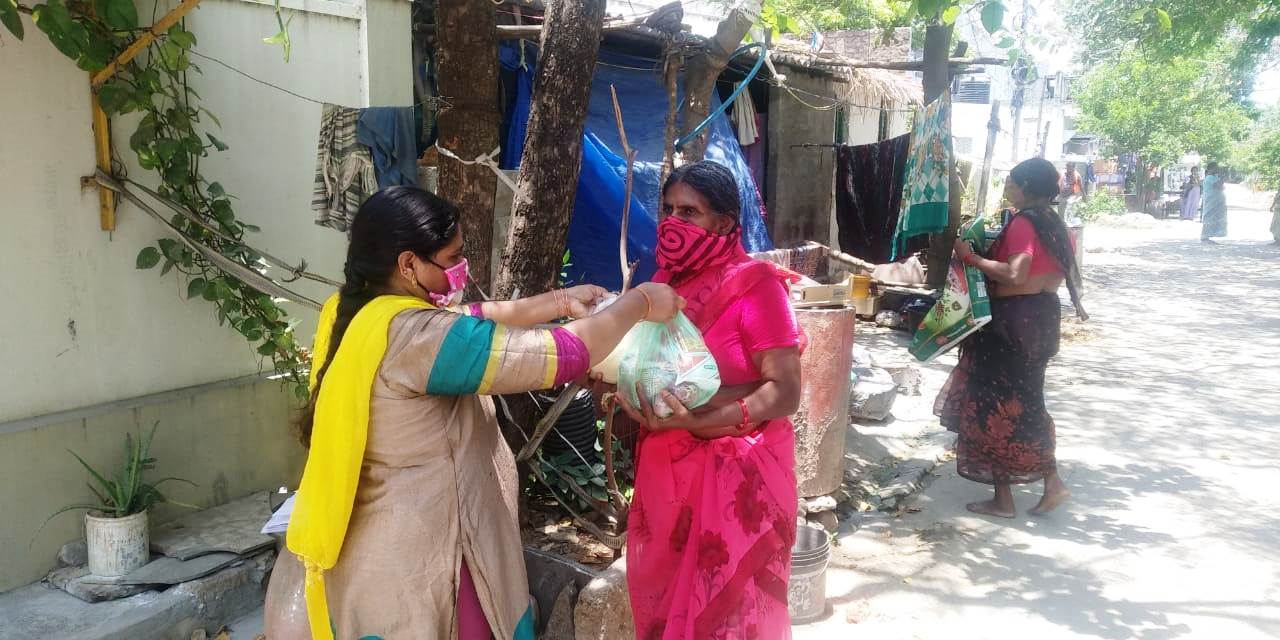 Reaching out to Key Population- PLHIV, Sex workers for Health and Nutrition

In April 2020, Centre For Advocacy and Research (CFAR) team was approached by a group of Female Sex Workers, PLHIV, elderly and even men from urban poor settlements in Guntur to help them in providing food and health care, especially PLHIV who need nutrition support.

Shehnaz, Ayesha and Baji Bee, who have been associated with CFAR since 2011, came forward to support voluntarily and linked the PLHIV to the ART centers for drugs, medicines and health care support of other groups too. However, they also asked CFAR to step in for supporting dry ration to the communities. They also brought it to our notice that there were many migrant workers from Bihar who have been stranded in the outskirts of Guntur while on their way back from Chennai and Bengaluru to reach respective home towns.

Shehnaz (55) a FSW and president of Sri Mahila Sadhikarika Welfare Society, has been in the Media Monitoring, Community Mainstreaming, ART monitoring projects and has been actively participating in all the CFAR initiatives. She is one of the first groups of Para Legal Volunteers who have been trained by the DLSA through CFAR’s facilitation.

Ayesha (45), PLHIV and volunteer, lives with her two sons in Guntur. She has been associated with CFAR since 2014. She is a Para Legal Volunteer trained by DLSA and has been an active member in the ART monitoring and Media Monitoring programs of CFAR.

“Our FSW, PLHIV communities are extremely excluded from all sorts of inclusion programs. However, due to this pandemic and lock down they have been further excluded. And since most of them do not possess any kind of ration cards, we got in touch with some the NGOs and Organizations for support. But that was not enough, so we approached CFAR for help and were able to reach the most vulnerable and marginalized.” says Ayesha.

Baji Bee (32) is associated with the FSW, PLHIV groups in Guntur and provides linkages and health services through Government intervention. Baji, has been associated with CFAR since 2016, through OVC program and has been supporting CFAR voluntarily in all activities.

“As a part of our daily work, we get so many calls from our peers, PLHIV, elderly, poor for help. We could do a bit, but these communities need more support. The Government supports with some ration supplies and A.P Government is doing its best, but what is the use if does not reach to everyone? And not that every household gets the support since most of the people live in the slum have no proper documents. At the same time, we have come across some migrant workers from Bihar and have seen them suffer, so we and CFAR came forward to support these families, we might not cover everyone but we are willing to work to reach the most” – says Baji Bee.

The volunteers have visited the settlements, identified and enlisted the names of the vulnerable households. Based on the need and population, CFAR team along with the volunteers have approached the local donors, advocates and police officials to mobilize the resources to collect the dry ration, which is distributed at the end of the day to the beneficiaries. At the same time, the volunteers also linked the people to HIV, ART services, counseling based on the need.

Until April 22, as many as 90 households with 444 members have been provided with relief in 8 settlements.

Annam Ananthalakshmi, (45) lives with her children and husband who works in local cement factory. Her husband lost the work due to lock down. “ I do not have any sort of income now. Even feeding my children once a day has become difficult. We are grateful to this support. Now my children can eat twice a day. We are waiting for ration support from the Government, hope that will be helpful in the future.”

Thota Rani, (name changed) 28, FSW: “I earn my living through sex work. Now there is no work and all my sources of earning have been stopped. I got no support from any Government source, because I have no documents. This dry ration really helped me in this crisis, but I am worried about the future, and hope I get the same support till the situation is better.”

Kumari, PLHIV, 56: “I am a PLHIV and living with my husband, daughter and a granddaughter. Our source of income was daily work that has stopped due to lock down. We don’t get the ration also, whenever we go they say no stock. We are not allowed to get the ART medicines also. Baji bee helped us in getting the ART drugs and the support from CFAR is what I cannot forget ever in my life. I can at least provide some cooked rice to my child and grandchild.”

Ram Thakur, Migrant worker, Bihar: “We are a total of ten people in our group who are stuck in Guntur. We can neither go to our home nor can we go back to the places where we work. We are left with no supplies and money. We did not get any support from the Government and the locals also do not support us because we do not belong here. This is the first time, someone came to us and started listening to us. We are thankful to get this support and we are eating food to keep us alive, but we are ten members, the Government should come forward and help us.”

Jaan Bee, Elderly, 65: “I am an elderly woman and I recently had backbone surgery. I cannot got out to work. The only source of income was my husband work income as a daily labor. Now because of the lockdown, we do not have any source of income and are left with a very little money which I need for my medicines. I don’t get ration from the PDS, since I don’t have ration card. We are glad we get this support, but we request to continue this support and also help us to get a ration card.” 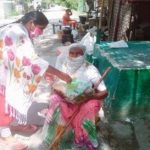 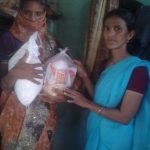 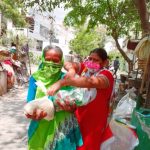 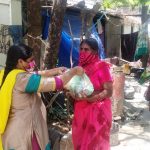