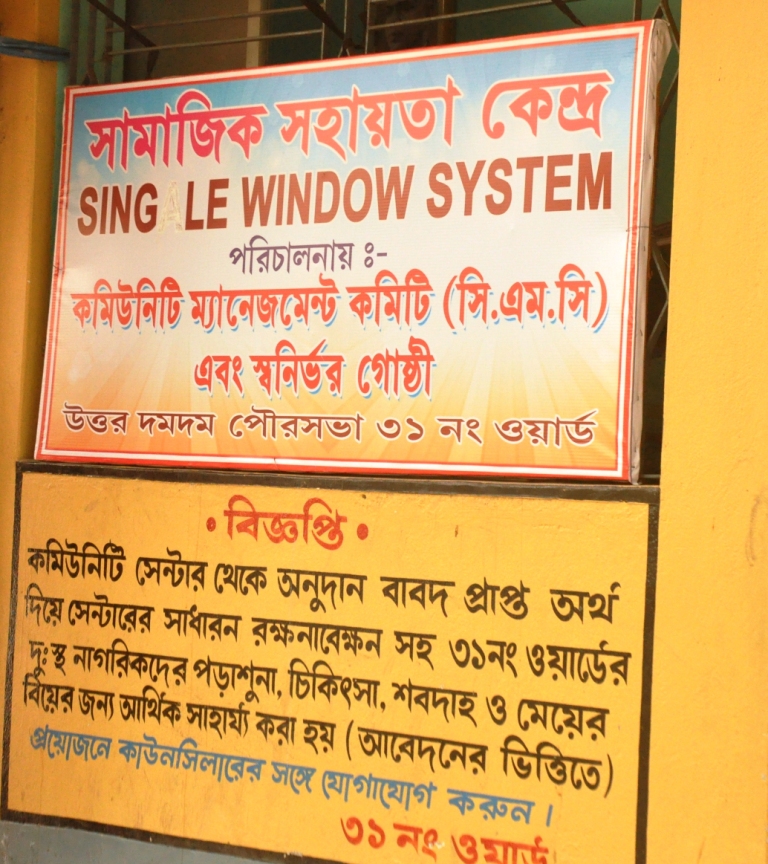 Going back to 2017; potholed roads, open overflowing drains, waste piled and strewn all over—this slum at Ward No 31 of North Dum Dum Municipality (NDDM) in Kolkata, was like any other slum of the city. Though located only 4-5 km away from the administrative office of the urban local body, people here did not have access to clean drinking water and were dependent on makeshift toilets.

CFAR felt it was high time to take its intervention to the slum dwellers here who knew very little about the government welfare programs. About 34% of them worked in the unorganized sector (rickshaw pullers, vegetable vendors) short of job security and social security cover.

The urban sanitation intervention started in November 2017 and CFAR began discussions with self help groups (SHGs) and Mahila Arogya Samitis (MAS) members with the aim to build strong grassroots level institutions for the marginalized here. The challenge was to make them internalize the link between poor sanitation and ill health and its consequences on family economy. The first step in this process was to train them on sanitation issues, unleash their capabilities to create mass awareness on proper sanitation, and build their capacity to self-organize and form their own collective.

The intervention started with awareness programmes with the 75 existing SHGs and five MAS. Workshops and meetings focusing on sanitation and 74th amendment (Nagarpalika Act) were held. In due course six community management committees (CMC) were formed with 40 members who were also members of Area Level Federation (ALF) and MAS.

These trained community representatives started doing an exercise that educated the community about the basic services that they are entitled to and helped them to track what was missing or gaps in service. They involved SHG members and community people. Through this exercise they identified nine short-term and mid-term issues like waste collection at door steps, mobilizing households to segregate waste at source, de-clogging of drains, and construction of short length drains and paving lanes.

They also began interactions with the Councillor and reached out to the ward committee members to take responsibility and address the infrastructure related problems faced by the community. Along with this, they started organizing campaigns, cleanliness drives and meetings to mobilize the entire community. Seeing the persistent efforts of CMC members, the Ward Committee managed to convince the Councillor to address the problems faced by the community.

CFAR organized an exposure visit of six CMC members to Jaipur to understand the Single Window system (a CFAR intervention) there. The exposure visit was an eye opener for the CMC members. They shared their learning’s with other CMCs, Councillor and Ward Committee and immediately took a resolution to start a similar Single Window Centre.

In a joint meeting of CMC, Ward Committee, National Urban Livelihood Mission (NULM) and CFAR, a decision was taken to set up a Single Window to link the community with sanitation services and social entitlements as well as train the community representatives to manage the Single Window. The Samajik Sahayata Kendra thus came into being and was inaugurated at the Jatindra Nath Community Hall on February 6, 2019.